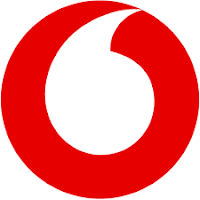 Vodacom Tanzania is the second telecom company in Africa, after Vodacom, to switch on its 3G High-Speed Downlink Packet Access (HSDPA) which was available only in Dar Es Salaam in early 2007.

At Vodacom, we’re working hard to build a better future. A more connected, inclusive and sustainable world. As a dynamic global community, it’s our human spirit, together with technology, that empowers us to achieve this. Vodacom tanzania jobs vacancies

We challenge and innovate in order to connect people, businesses, and communities across the world. Delighting our customers and earning their loyalty drive us, and we experiment, learn fast and get it done, together.

With us, you can be truly be yourself and belong, share inspiration, embrace new opportunities, thrive, and make a real difference. Vodacom is committed to attracting, developing and retaining the very best people by offering a flexible, motivating and inclusive workplace in which talent is truly recognized, developed and rewarded.

Vodacom Tanzania is inviting applications from Tanzanians to fill positions listed below. Click on each post to read more and apply: