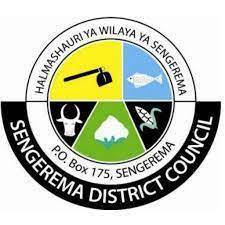 Sengerema District is one of seven districts in the Mwanza Region of Tanzania, East Africa. It is bordered to the north and east by Lake Victoria, to the south by Geita Region and to the southeast by the Misungwi District. Sengerema district is known for having numerous lake islands in its territory the largest are Maisome Island and Kome Island.