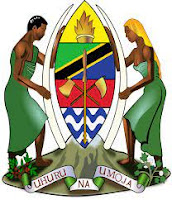 According to the 2002 Tanzania National Census, the population of Karagwe District was 425,476.

To get to the Karagwe region the easiest way is taking a bus. To get around use dalla-dallas (small buses) or piki-pikis (motorbikes)

Agriculture is one of the economic activities that contributes to an average of 70% of the Council's output. The number of households participating in agricultural activities is 61,351 out of all 76,425 households in Karagwe district. The area suitable for agriculture is 153,540 hectares out of 4,500,000 hectares of total district territory. The area suitable for Irrigation is 4,500 hectares. The District is also cooperating with various stakeholders in the district in developing the agricultural sector. Some of these stakeholders are ELCT, Karagwe Agribusiness, MAVUNO, CHEMA, WORLD VISION, GOOD FRUIT, BISHESHE WINE, KARAGWE ESTATE LTD, RADIO KARAGWE, RADIO FADECO, LUKALE WINE, KDCU, Good Fruits, KADERES AND OLAM.

In addition, there are 31 SACCOS with a total of 46,319 members and 1 Central Cooperative Union (KDCU) which deals with the purchase of farmers' produce. The district has initiated and constructed one large hectare irrigation project (Mwisa Irrigation Scheme) with a size of 120 Hectares. Public mobilization to cultivate rice and vegetables is underway. This project will increase the income of the Karagwe farmer and reduce poverty.

Karagwe District has 140,000 hectares suitable and is used for pastoral activities. This sector contributes more than 10% to citizen employment and household income. Livestock that are domesticated include cattle, goats, sheep, pigs, chickens, ducks and rabbits.

The towns of Kayanga and Omurushaka as well as the small towns of Kihanga, Nyakaiga, Rwambaizi, Nyaishozi, Chanyamisa, Nyabiyonza, Nyakabanga and Ihembe are among the cities that are growing commercially and with great interaction of economic and social activities. These areas continue to invest in commercial industries such as coffee processing factories, dairy processing factories, honey, milling and threshing grain. Production activities continue to intensify and increase productivity, expand employment, promote trade in the sale and purchase of expected products and thus increase income and economic growth, improve livelihoods, reduce income poverty and thus accelerate poverty eradication.