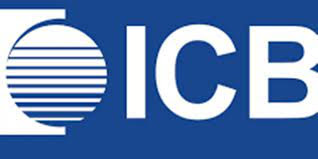 ICB, the international bank committed to quality and value banking for all

ICB Financial Group Holdings AG an investment holding company incorporated in Schindellegi, Switzerland in 2003 is the holding company for several commercial and retail banks operating in Africa, Asia and Europe.
The ICB Banking Group established and acquired commercial banks in Africa, Asia and Europe since the establishment of its first Bank in 1994. Each operating bank is incorporated as a local banking entity in its host country with a head office, branches and electronic banking services that provide a full range of commercial and retail banking to customers. The banks are governed by a Board of Directors comprising of independent and non-independent Directors. Management is headed by a Chief Executive Officer. The Banks are in full compliance with the regulatory requirements established by their respective central banks.
International Commercial Bank (Tanzania) Limited, is a member of the ICB Banking Group established in Dar Es Salaam, Tanzania in 1997. ICB Tanzania’s ability to combine international expertise with in-depth local knowledge and experience places it in a unique position to serve customers domestic and international needs. ICB is committed to embedding itself in the communities within which it operates to meet the needs of its customers. We provide a full range of commercial and retail banking products and services to our customers.
Credit Officer Jobs at International Commercial Bank Tanzania Limited 2023
The Bank reaches out to its customers within the communities in which it operates through various channels. This includes a branch network of five (5) all strategically located with the city of Dar Es Salaam as well as electronic delivery channel which include ICB pesaxpress ATMs available at all its branches.
As part of ICB’s expansion plans, new branches are planned to be opened outside Dar Es Salaam city, the Bank has also stepped up its efforts on digitization and plans to introduce mobile and internet banking along with optimization and integration of existing electronic and digital facilities and processes, to enhance the overall customer banking journey.
Credit Officer Jobs at International Commercial Bank Tanzania Limited 2023

The deadline for submitting the application is 18 January 2023.