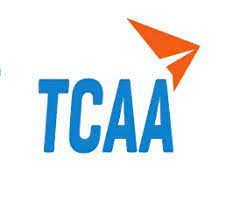 Tanzania Civil Aviation Authority The Tanzania Civil Aviation Authority (TCAA) is responsible for ensuring the safety of civil aviation in Tanzania. The TCAA works closely with the Tanzania Airports Authority (TAA) to maintain and improve the safety of Tanzania's airports. The TCAA also regulates the operation of Tanzania's airlines and issues licenses to pilots and other aviation personnel.

The Tanzania Civil Aviation Authority (TCAA) conducts interviews with a variety of aviation stakeholders in order to gain insights into the sector. These include representatives from airlines, airports, ground handlers, and other service providers. The TCAA also engages with the public through social media and other platforms to hear their concerns and suggestions.

The ability test is an important part of our process for hiring new employees. It helps us to identify individuals who have the skills and aptitude for the job. We hope that you will take this opportunity to demonstrate your abilities and to potentially join our team.

All applicants who are called for the examination should follow the following instructions.