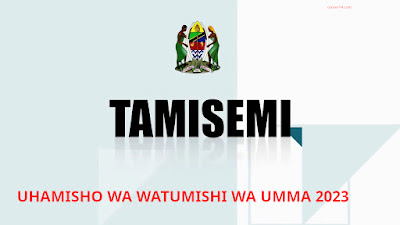 The Secretary General of the Office of the President TAMISEMI, Prof. Riziki Shemdoe, has agreed to the transfer of 2260 employees to exchange work centers at Local Government Authorities  for applications from September to December, 2022.

In light of recent events, Prof. Shemdoe has released a statement regarding the transfer of employees. He emphasizes that all requests must comply with the procedures specified in Transfer Circular No. 2 of 2018. In addition, he advises employees who have received transfer permits to wait for the letter from their councils rather than coming to the Office of the President-TAMISEMI. 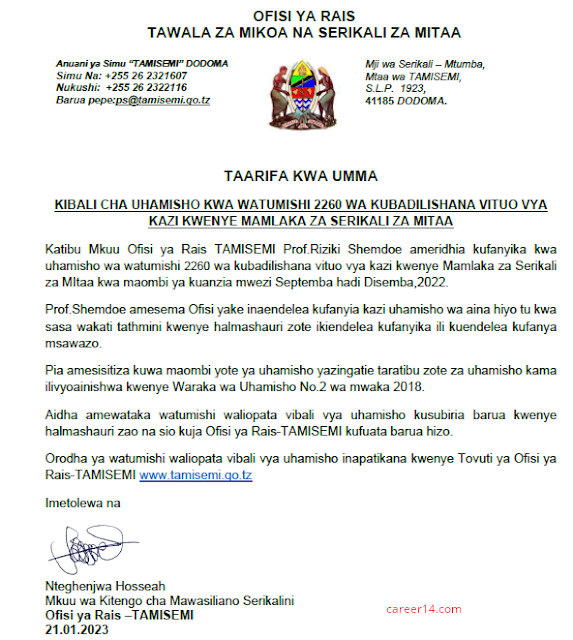 Public servant in Tanzania How do I transfer the work center to another one?

As stipulated in the Public Service Law No. 8 of 2002 and its Rules and Operating Procedures of 2003, the Transfer Authority for all public servants lies with the Secretary General Office of the President-Public Service Management.
In accordance with the instructions of the Office of the President-Management of Public Service laid out in letter Ref. C/CB.271/431/01/62 dated 8/06/2006 and Ref. C/CB.271/431/01/J/144 dated 27/08/2007, the Transfer Authority in Local Government Authorities has been assigned to

There are two types of Transfer, and they are;

Procedures for Applying for Transfers-
Note: